“Each small step will clear a little of the darkness away.” – Gabriel Bernstein 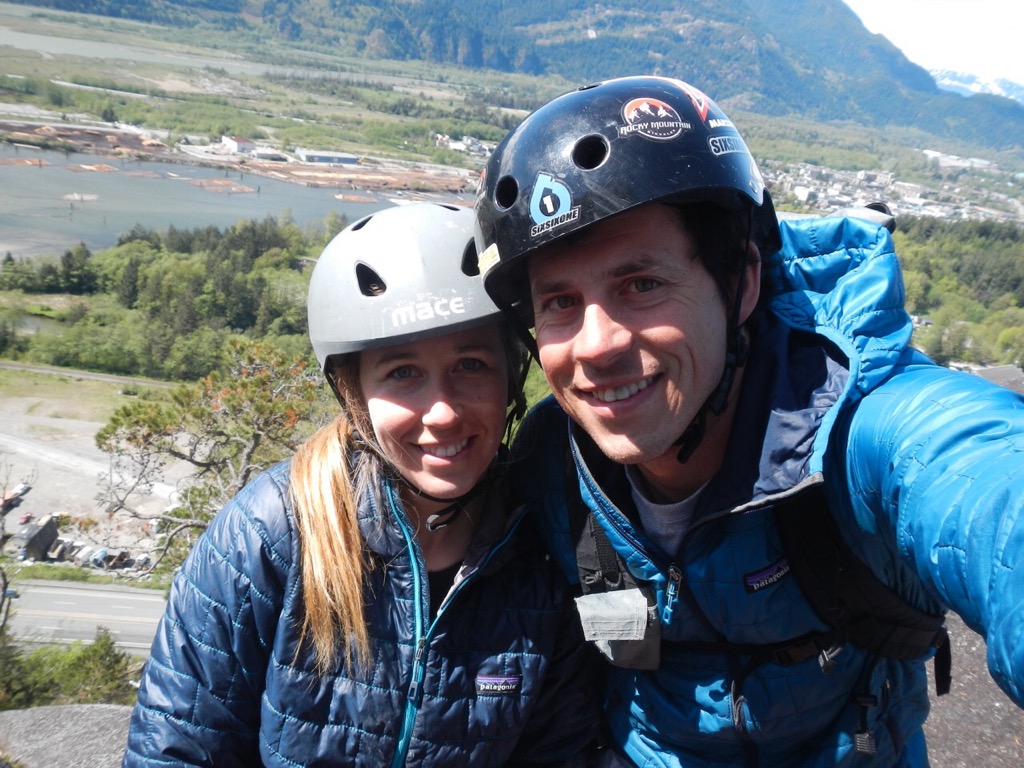 Living in our micro van, down by The Chief, with countless other van dwellers! No big deal.

We have been climbing fairly regularly (as the weather permits) and we even managed to do our very first multi-pitch climb on Sunday!!

The climb is called “Banana Peel” and it had 9 pitches, which was a huge comfort stretcher, as I pictured our first multi to be 2 or 3 pitches. The route goes up the apron of The Chief, so obviously the views were unreal. We ended up getting caught behind a fairly slow group of 3, so the climb was a staggering 7 hours! It was awesome being outside for that long though, and the weather was sunny and glorious and delicious. We were joined by our awesome friends Kyle and Mere…thank goodness, because I always “perform” better when other people are around! Haha! (Poor Dan for having to “deal” with me when it’s only the two of us, but that goes to show that I’m comfortable around my man…love you)

As usual, I had incredibly high highs and some overwhelming emotional moments. I realized out there that I have a long way to go as far as skill, especially when it comes to frictions climbing. Friction climbing is basically when you are climbing up a slab of rock that doesn’t have any obvious ledges for foot and hand holds. You are literally smearing your foot on the semi-grippy rock (or the tiniest minuscule crystal protrusions) and your hands are also tagging onto said crystals. Basically there’s next to nothing there, and you slowly shift your weight from foot to foot, inching your hands up as you go. It’s rather terrifying! But it’s amazing how it somehow magically works. Several times I repeated to myself, “You’re a sticky person…” As I inched my way up the climb. Thanks for the mantra suggestion Mikki! 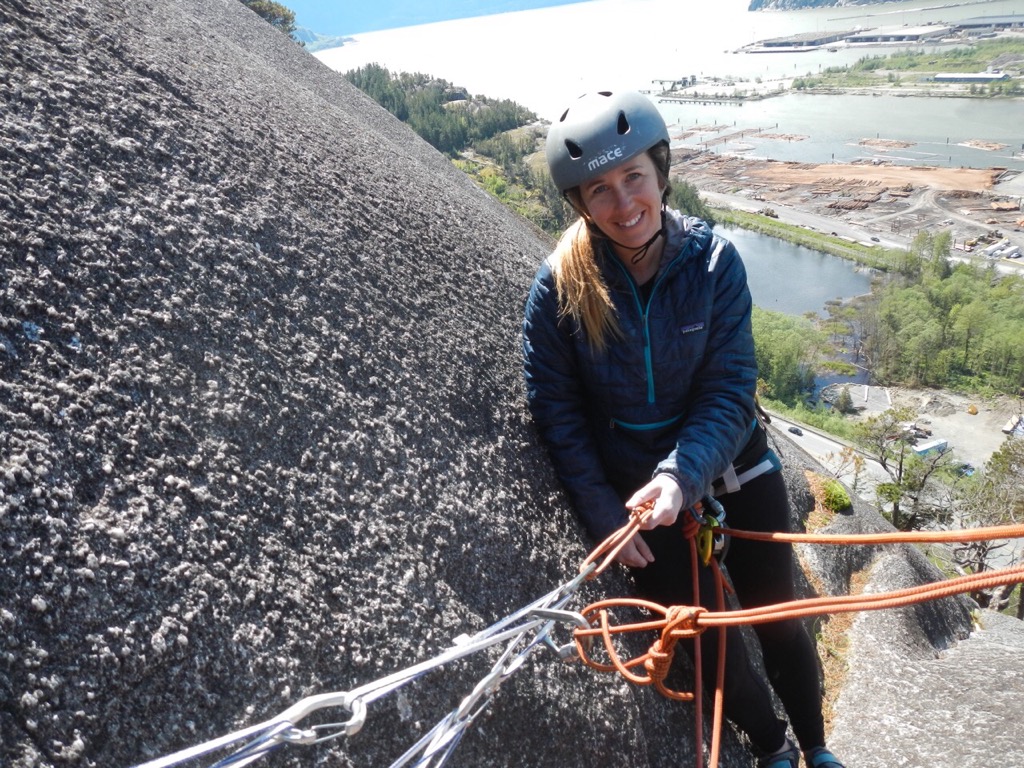 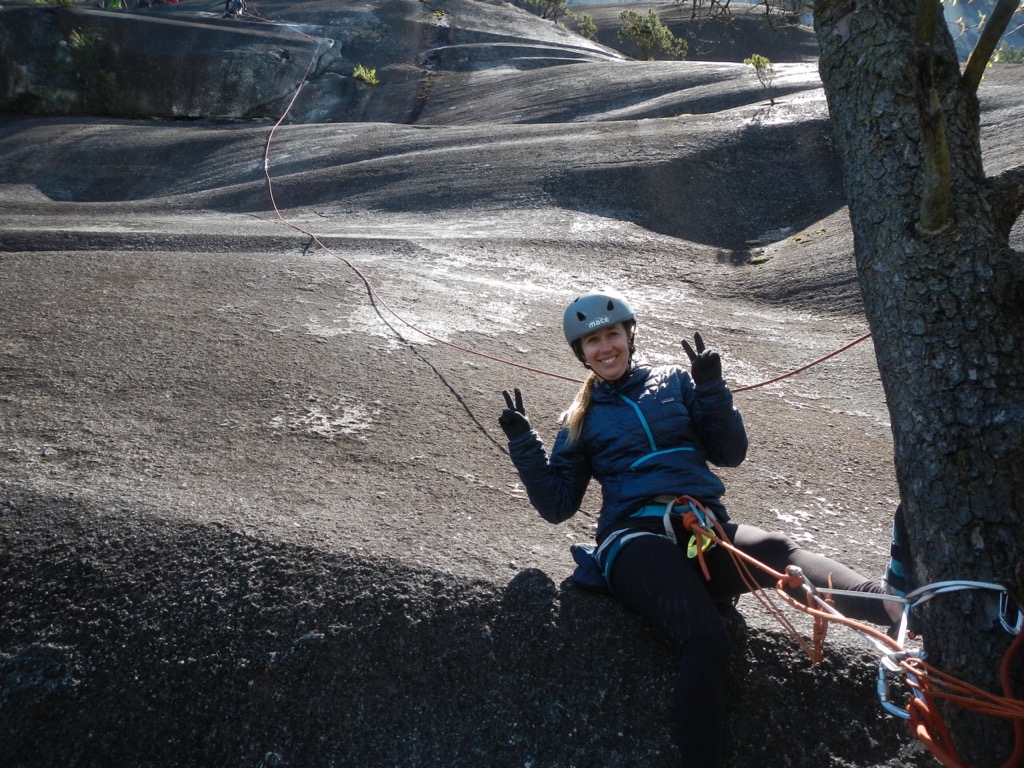 My relationship with climbing continues to be rather rocky (I’m sorry for the pun!), but all in all, we’re getting along just fine. I feel satisfied and recharged after a long day at the crag. It feels really good to stretch and contort my body; to manipulate my way from point A to point B. It’s rather empowering actually!!

So we keep at ‘er, plugging away through the aches and pains, physical and mental blocks, and relish in the views and the commradery.

We are continuing to live very cheap! – $2 showers at the pool (but only between 11:30 and 1!), free overnight parking wherever (with one that has free wifi…what a score!) and eating hummus and carrots almost every single day (how have I not turned orange yet?!). That is an adventure in and of  itself! For now, I’ll just mention that you need to have a sense of humour to be a dirtbag. 🙂

I’ll save some stories on that for another time… 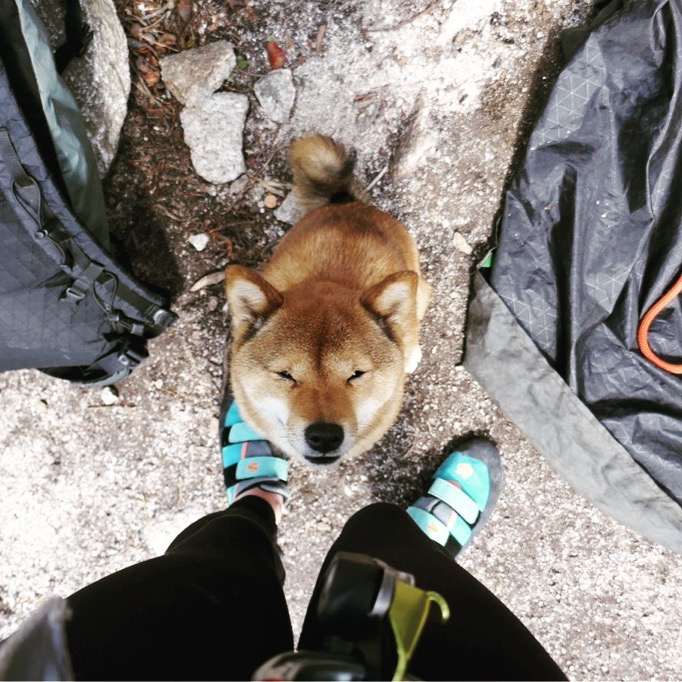