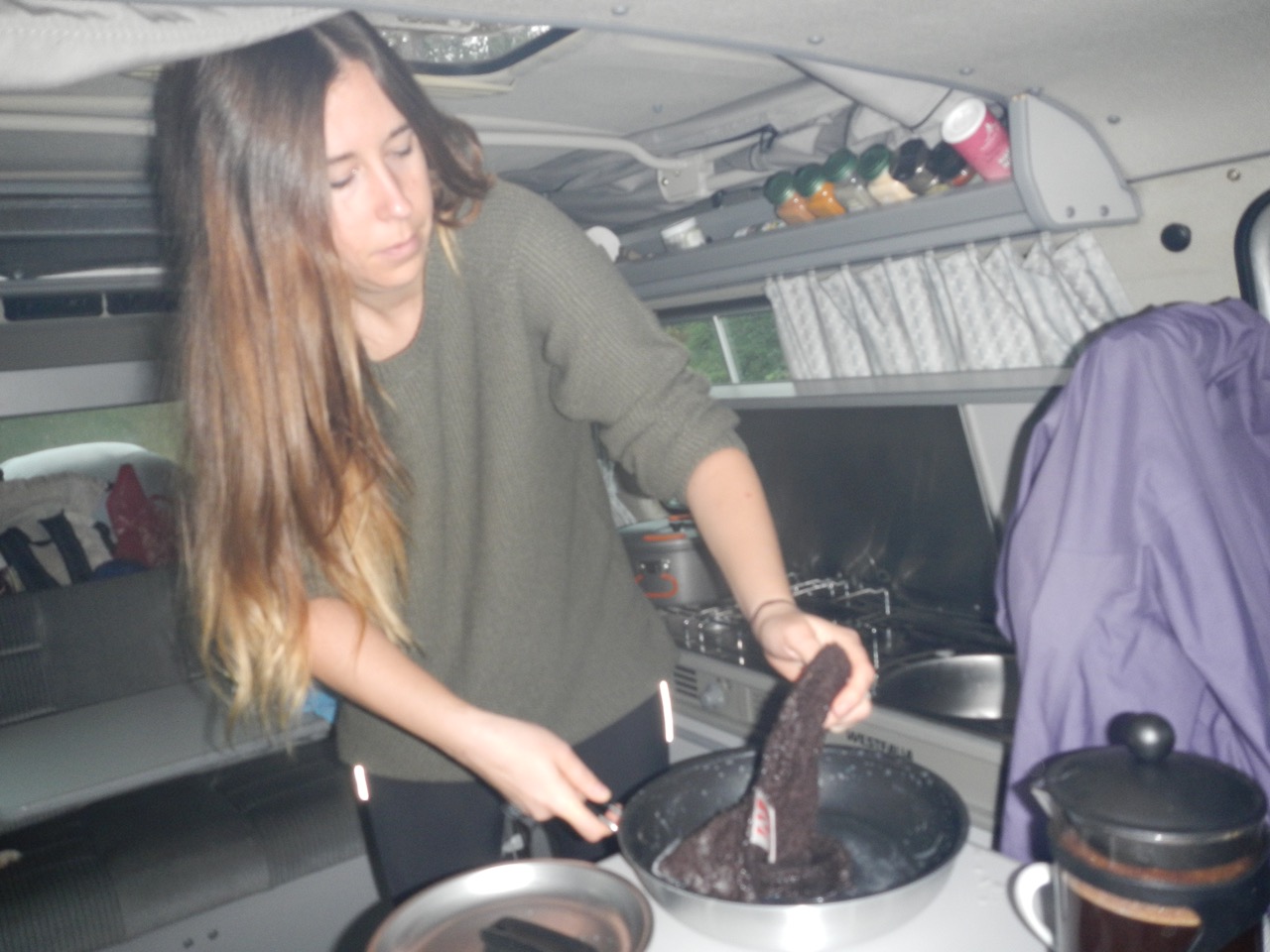 I haven’t written about living in a van recently because, quite honestly, it’s been so dang “normal!” In the beginning it was weird, foreign, and a major adjustment…but now we’re going onto 6 months of living this way – and we love it!

We’ve continued to work on the van with modifications that are tailored to our needs. The most recent mod that Dan has accomplished is the installation of a R.V. cooling fan to vent the hot air out of the van. I was really nervous that Sitka would hate it, due to some whizzing noise unheard to the human ear but shrill enough to drive her bonkers (remember the dehumidifier incident?), but she doesn’t even bat an eye when it turns on. Spring is in full swing in Victoria, and that means lots of sunshine. The fan ensures that there’s no green-house effect for her.

In huger news, we are no longer hunting to places to sleep every single evening! Did I even share that we were doing that? – That we were not only homeless but parking-spot-less? Probably not…because that’s kind of hard to share. But now that’s it’s over…now you know! That was HARD. We had our places we rotated that were dark, hidden, and felt safe. But it sucked. A lot. I felt like a hazard, a nuisance, and an outcast.

We stumbled upon an advertisement on Craigslist for a parking spot for rent in James Bay. A couple was converting an old church into a house, and they have all this parking space, and figured it was worth a shot to see if anyone would be interested in renting. We contacted them, explained our situation, and crossed our fingers. “We’re open to this…” was the response. “One question though: where do you pee?” Ahh yes…the same “one question” that is always asked. “Not in your parking lot or your lawn…” seemed to suffice.

We are beginning month two of our rental “spot” and it has removed most, maybe all, of my van-life anxiety. I’m allowed to park here! No one can bother me! Sleep has been heavenly…