The Stein Valley Nlaka’pamix Heritage Park is a very special place for Dan and I. We have grown to love her on so many levels.

It started out as an ambitious (for me) backpacking trip in 2010 – a 100 kilometre trek through the Stein in 8 days. Sounds rather wimpy to me now, but that was a major comfort stretcher for me at the time, and that trail is rugged, overgrown, and often-times difficult to navigate! It was a wild ride, with many tears. I came out stronger, more confident in my hiking ability, and “hooked” on long-distance hiking. We did the traverse again a year later with our buddy Aethon, and Dan even went on a solo mission to break a speed record – he did it in 2 days (he’s a maniac).

I had no idea at the time just how rich in heritage the Stein Valley is. In the 1980s there were major plans to log the valley. This was protested by environmentalists who argued that this was the last untouched watershed in the southern Coast Mountains. In 1988 Fletcher Challenge announced a moratorium on logging the Stein. After strong public support, and an annual music festival that raised awareness, the Stein Valley was finally protected as a park on November 22, 1995. It is jointly administered by the Lytton First Nation and BC Parks. Phew for that! What a gem the area is…

Being as we are currently nomadic and free and working hard on nothing but getting in shape (but barely), we headed back to our beloved Stein for Easter weekend. Our buddy Dusan Dee was going to be there as well, and we hiked and camped off and on with him and his party of 5. And get this – we even met a lady named Irene at the trailhead who is also hiking the Great Divide Trail this summer! There are only 20 people hiking the trail (2 of which are us) and we met one of them…in the middle of nowhere…at the exact same time as us. WHAT A SMALL WORLD! We saw her and her hiking partner Esther several times over the weekend. We look forward to crossing paths somewhere in Jasper area this summer.

The weekend was rejuvenating. We hiked hard, but “stopped to smell the roses” as well. Dan did an 8 km off trail hike on Easter morning to Kent Lake. He had a successful trip thanks to his well thought out plan to bring snowshoes. I slept in, hiked a bit with Sitka, and boiled some water for a proper backcountry shower. We brought our pack-rafts and rafted downstream from Cottonwood Creek to the suspension bridge (15kms) and as far as we know, the Stein has never been pack-rafted before! It was neat to experience the area from the water. 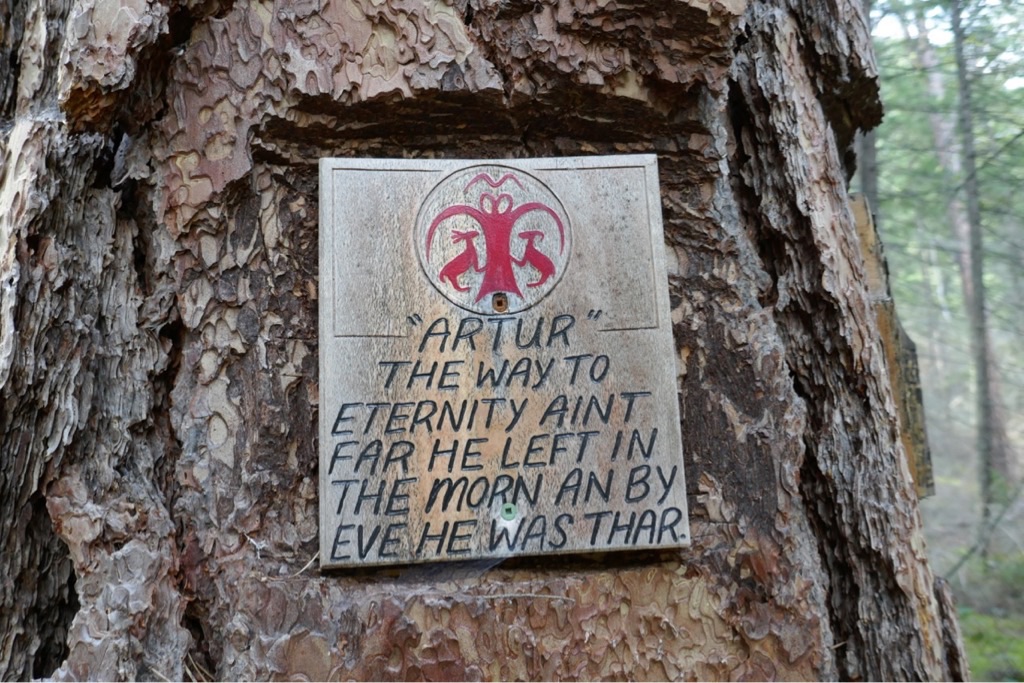 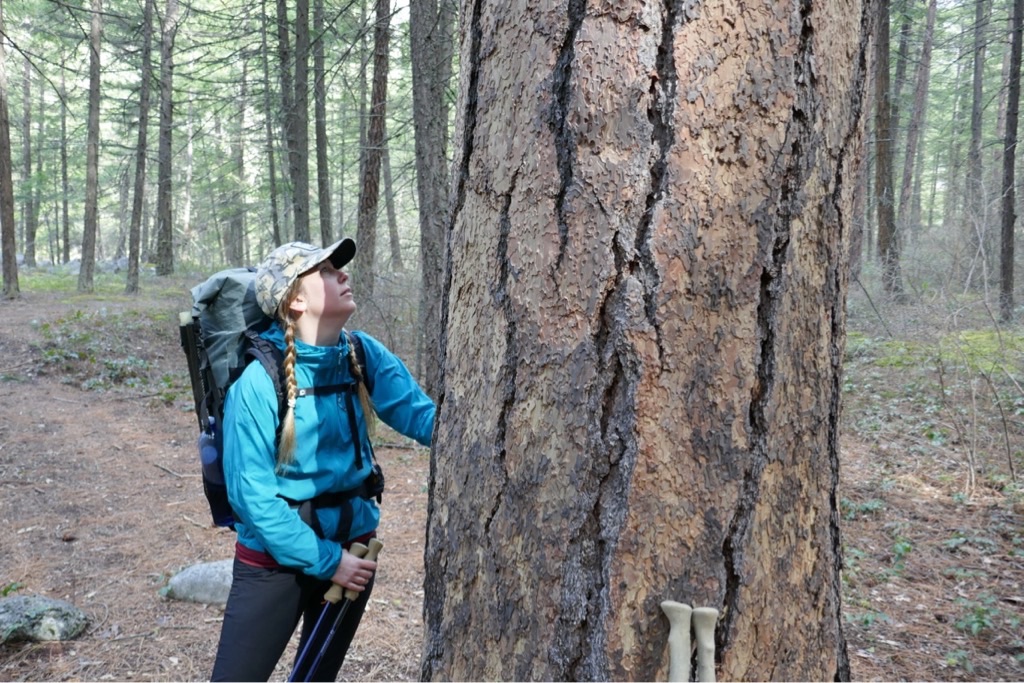 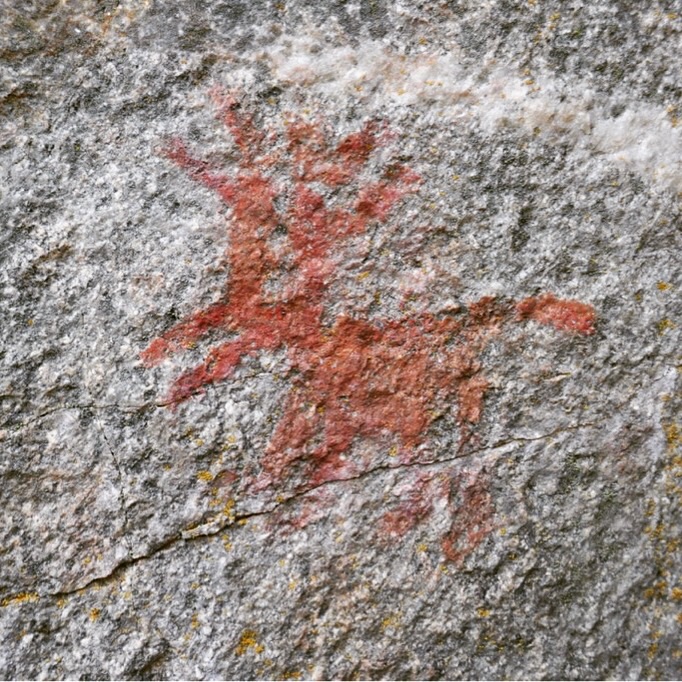 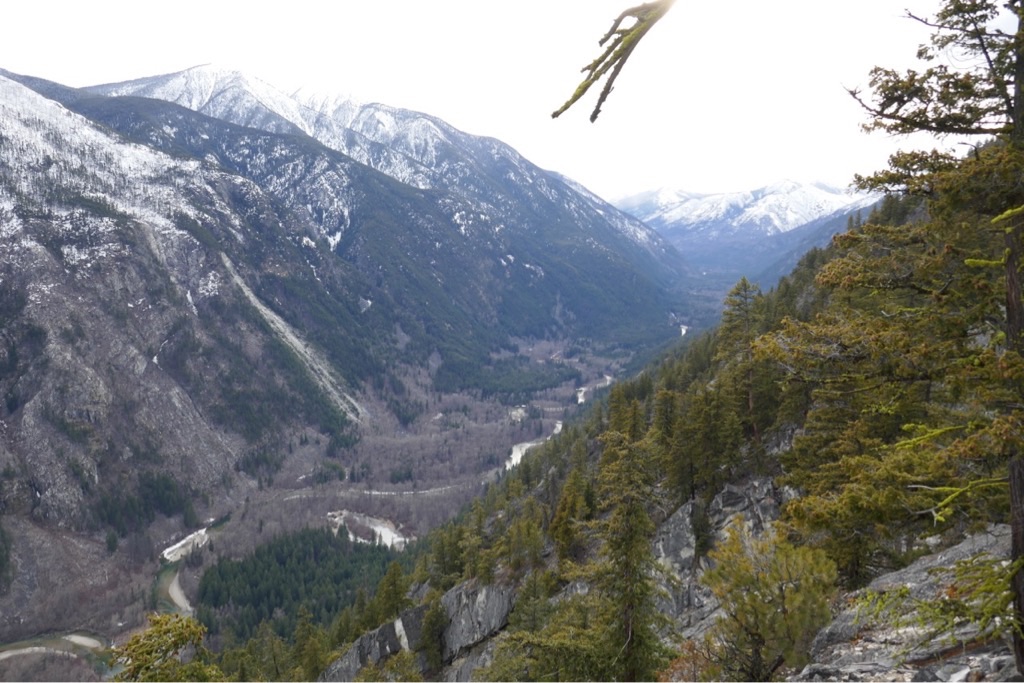 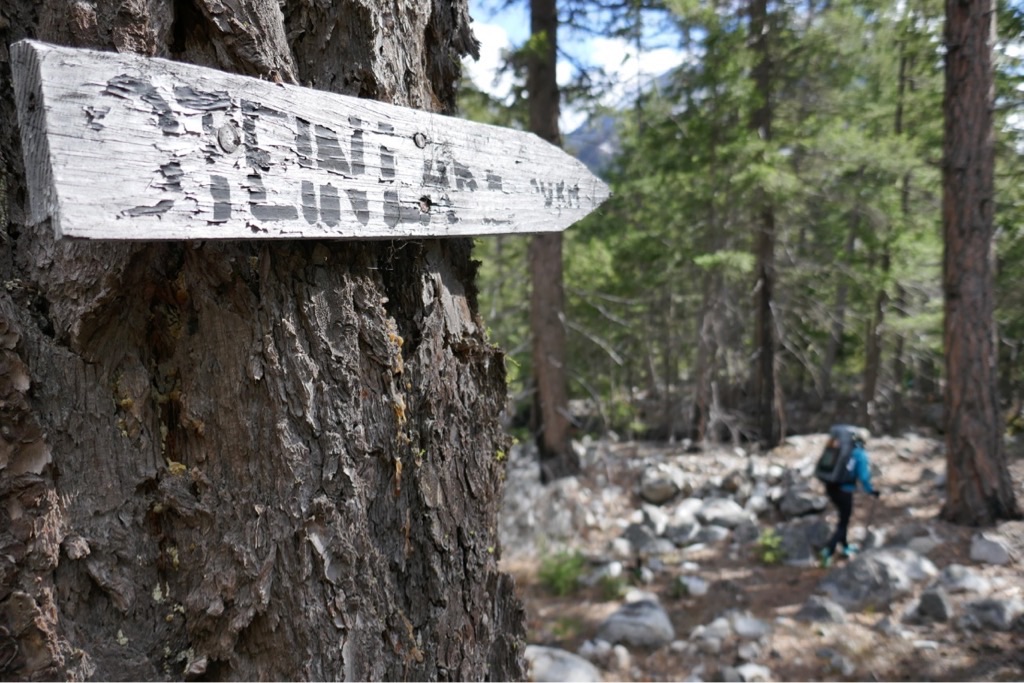 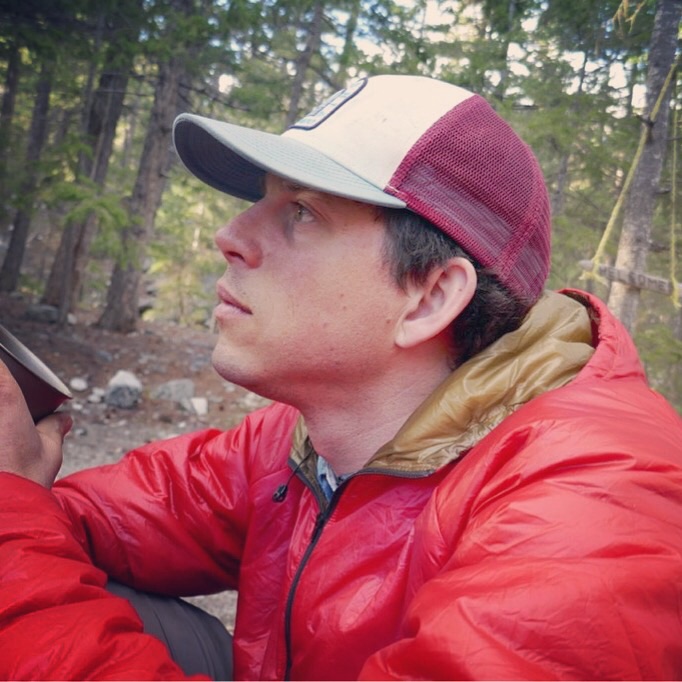 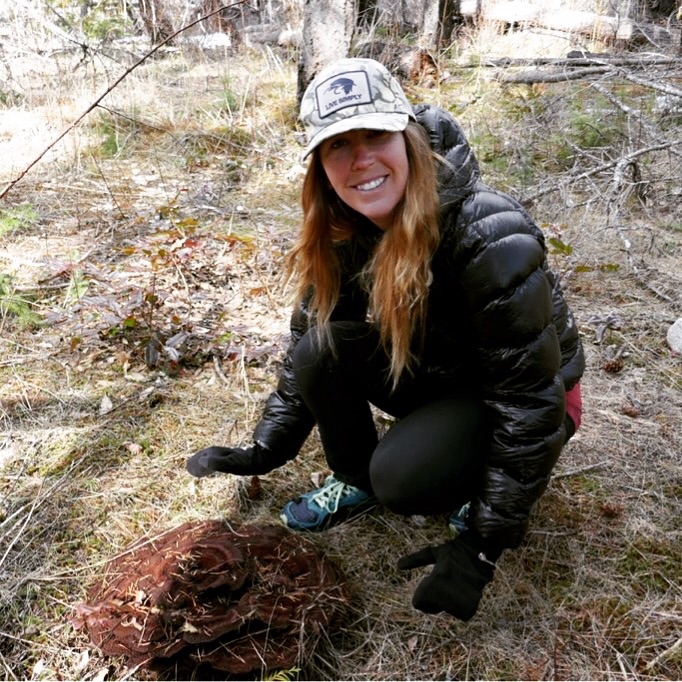 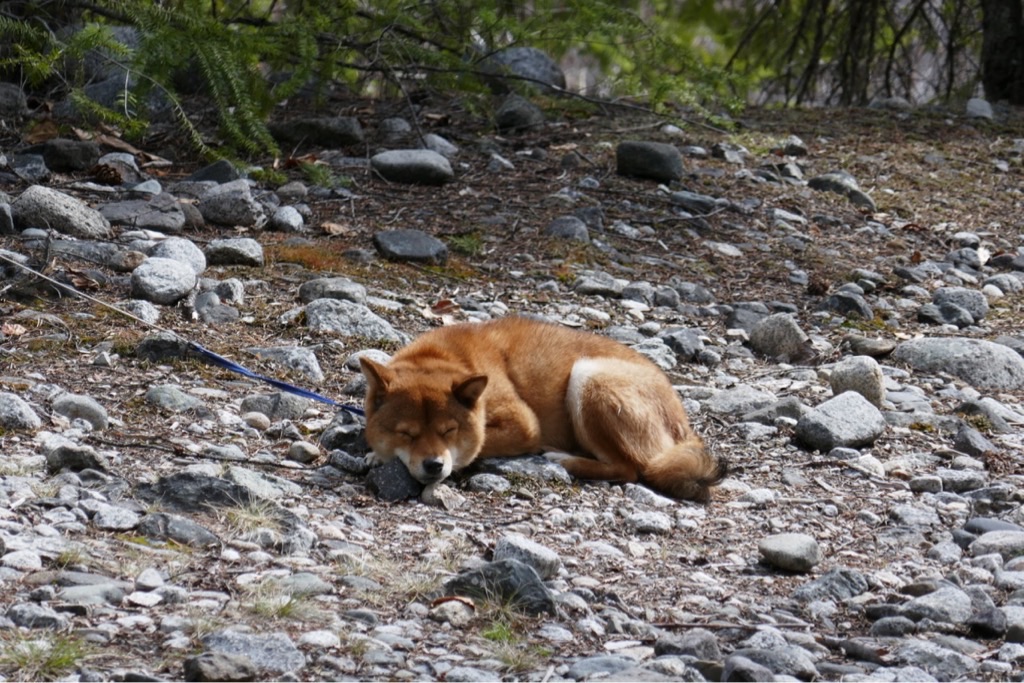 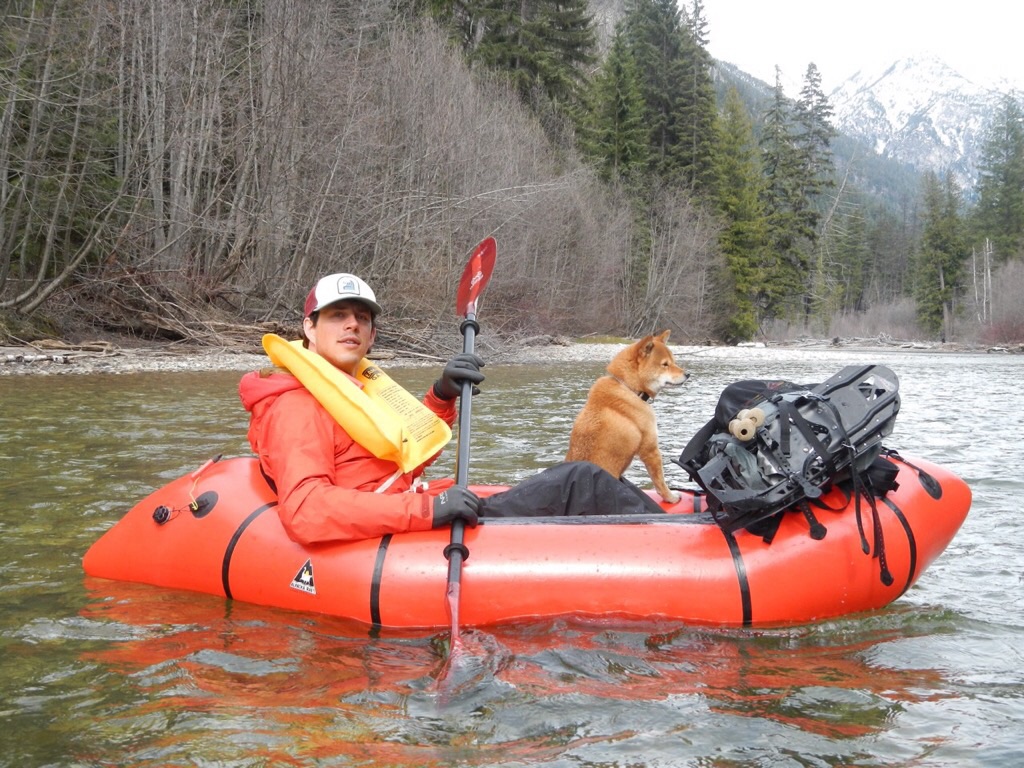 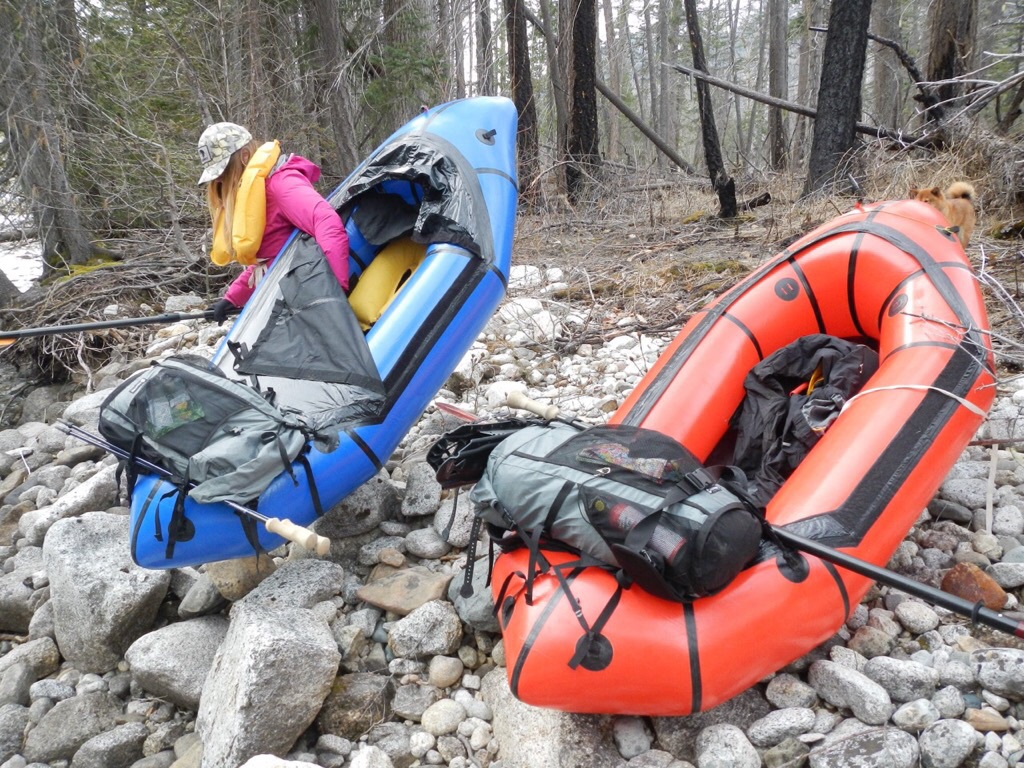 Reflecting on all the good memories we have in the Stein, it starts to feel like home – a great home for a couple of hippies and their dog if you ask me! I couldn’t really ask for more…